If you’re up for a good debate, you’ve come to the right place. Join us as we enter the forged vs cast irons discussion.

Each school of thought has valid points, so let’s break down the differences between these two methods of iron production.

Toward the end of the post, we’ll also address the question: Are Forged Irons Better? We’ll leave you with a helpful video as well.

So let’s start with a bit of background.

What are Cast Irons in Golf?

Cast irons are made just like it sounds. Molten iron is poured into a mold or ‘cast’, and left to harden.

As you might expect, this is a fairly rapid process that lends itself to mass production, with human involvement largely relegated to the creation of extremely clever molds. Golf iron manufacturers like mass production because it allows them to produce a cheaper club maximize profit. In fact, about 90% of the irons on the market are cast steel irons.

However, cheaper doesn’t always mean inferior. Mass production isn’t always a bad thing, and in the case of golf clubs, a reliable, consistent product is better than something handmade with deviations.

Cast club molds are designed quite carefully, allowing golf club manufacturers to accomplish great technological feats, like pushing their weight of the iron to particular parts of the clubhead.

Thanks to perimeter weighting and other clever designs, golfers often end up with a game improvement iron or a more forgiving iron in general. This is great news for:

Again, by carefully developing a set of molds, companies can deliver a full set of irons that feel and behave consistently. The result is a performance boost for the golfer. When you’re working with a game improvement iron, you often end up with a better score overall.

So if you can mass produce a more forgiving set of clubs, why wouldn’t you?

Many golf club manufacturers have gone this route and achieved impressive results (and sales!) with cast iron clubs. Computer-aided design and many decades of data allow engineers to develop molds that offer testable and repeatable results. Companies can predict results fairly accurately before they produce thousands of prototypes.

If you like history, you could view the development of cast iron clubs as a modern-day Industrial Revolution (applied to golf club construction world, of course).

When you shop for the most forgiving irons, the clubs that benefit high handicappers and the game improvement sector, you are often looking at cast iron clubs. 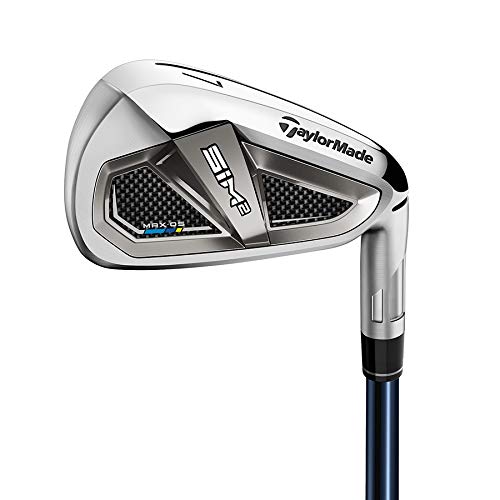 TaylorMade SIM 2 Max OS Iron Set
$899.99
Buy Now
We may earn a commission if you click this link and make a purchase.

What are Forged Irons?

If we stick with the history analogy, cast players irons are the mass-produced “Industrial Revolution method” of producing clubs.

Forged irons, on the other hand, are the old school Samurai way of making golf clubs. The analogy isn’t perfect, but hopefully you get the idea…

A forged iron set usually requires more work to produce, and a forged clubhead will often have a higher manufacturing cost.

Humans have been perfecting the forging process for quite some time (think tools, weapons, horseshoes, etc.). All you really need is a hot fire to create molten metal and get to work. When we think of the popular metal finishes out there, like stainless steel and carbon steel, we’re often thinking of work that resulted from the forging process.

It’s important to keep in mind that some of the earliest golf clubs were wooden, which meant they they weren’t super-durable. Around 1750, the first forged parts started to emerge from the blacksmith shops of Scotland. From that point forward, metal club heads were inevitable.

If you have 10 minutes to kill, the Professional Golfers Career College has a detailed write-up on the evolution of the golf club that’s worth reading. Try not to geek out.

So back to forged irons. The forging process is more intensive than cast parts. Manufacturers use a single piece (or billet) or steel in the production process. This steel must be heated up until it becomes malleable (but not liquid, as is the case in cast iron clubs). This future blade then goes into a press to form the desired clubhead shape, but once the shape is formed, there’s still work to do.

A cast iron is mostly done when it leaves the mold, but it requires more time and effort to make a forged iron head. Once the clubhead leaves the press, it still has to be buffed, ground and detailed.

As a result, forged irons usually cost significantly more than cast irons. This means that these clubs are often used by:

One could argue that a forged steel club is a superior product, and the technology of today offers the ability to create forged cavity backs and other features that weren’t possible back in the 1750s.

On a simple level, they’re the equivalent of a Mont Blanc fountain pen, a Mercedes Benz or a Tomahawk steak. More expensive, a bit more exclusive, etc. — you get the picture.

But it’s not just that.

Forged club sets have a signature feel that experienced golfers benefit from. If you hit a ball wrong with a forged iron, you’ll know about it almost immediately – and there are golfers who know how to use that feedback to correct their mistakes.

In that sense, forged irons tend to be less forgiving but more useful in diagnosing your swing ailments.

But while the Mont Blanc and the Mercedes gain some of their cache from a higher level of technological design and development, a forged iron shares a soul with the Tomahawk too, as they clubs aren’t of overly-refined. In fact, some of the simplified clubheads connect golfers with their early Scottish counterparts. 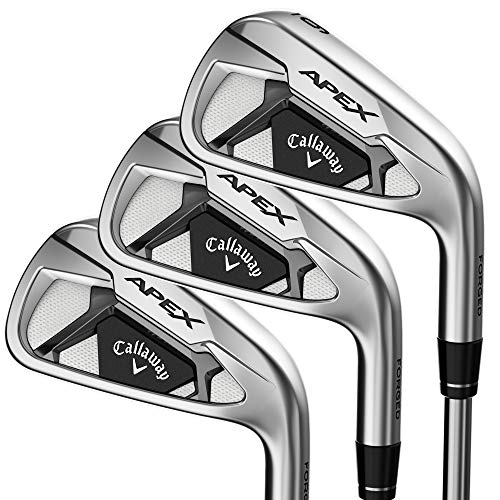 Callaway Apex 21 Iron Set
$1,110.00
See on Amazon See on Callaway Golf
We may earn a commission if you click this link and make a purchase.

That depends on who you talk to. A professional golfer will likely tell you that forged irons are better than a cast iron set. However, if you’re a new or less experienced golfer, a set of cast iron clubs is actually the better choice, as these clubs are designed to help you strike the ball better.

All that to say, if you’re new to golf or a high handicapper, it makes sense to start with a good set of cast irons. If you develop a great sense for the game and superior ball speed, you could eventually upgrade to more expensive forged irons, but again, you need to have a good swing and some real golf knowledge before you would benefit from all that forged irons have to offer.

If you read this far, we’re impressed. Enjoy this helpful video that sums it up nicely. 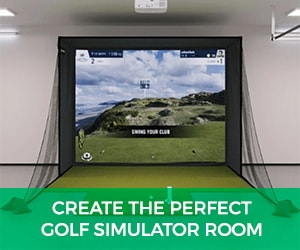